Twenty-five species of bats occur in California.  Most cause no problems, are nocturnal, and rarely seen. However, some species will utilize houses and other man-made structures for roosts or nests. This can lead to an accumulation of droppings, and in certain instances the possibility of rabies transmission to humans.

A single bat found flying in a home or other building can often be encouraged to fly back out by opening all doors and window to the outside and closing off entrances to other rooms. Bats that are repeatedly entering or nesting within a building need to be excluded. This work should be done by a wildlife professional who is experienced with safe handling of bats and is familiar with regulations and practices that prevent bats from entrapment and recognize their seasonal life cycle.

Rabies is a viral disease that affects mammals, including wildlife, pets, and humans. It is most commonly transmitted through the bite of an infected animal.  Rabies is rare but present in animals in San Mateo County. According to the California Department of Public Health, in San Mateo County there were 4 rabid bats reported in 2020 (the most current report available), and in 2019 the rabies virus was detected in 3 bats.  It is important never to handle a bat, especially if it appears ill or is out during the day.

Bats that appear sick, injured or dead should be reported to the Peninsula Humane Society at 650-340-7022.  These bats can be tested by the County Health department for rabies. Anyone who has been in contact with a bat or finds a bat in their room upon awakening should seek medical care for rabies shots because of the possibility of being unknowingly bitten.

Although rabies infections in humans are very rare, they are almost always fatal if not quickly identified and treated. Once symptoms appear, it is too late. To date, only two people worldwide have been documented to have survived clinical rabies. 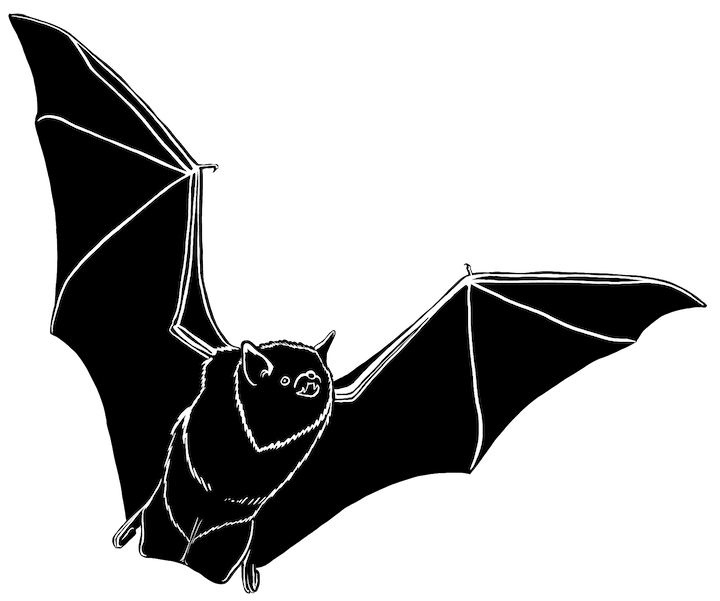