Autumn is the time of year for termite swarms as adult winged termites (called alates), leave their colonies to mate and establish new colonies.

Residents often see the swarms around their neighborhood or find discarded wings and dead termites scattered on the ground or caught in spider webs.

Only a very small proportion of termites are successful in establishing a new colony. Finding large numbers of termite alates near or especially inside a building can indicate a need for a termite inspection by a pest control company that specializes in structural control, although the presence of swarming termites outside does not necessarily indicate that a nearby structure has an infestation.

Termites have three castes, the winged reproductive, or alates, the soldiers which defend a colony, and the workers, which care for eggs and larvae, find food, and construct and maintain tunnels.  The workers, often seen if there is a home infestation, resemble ants but can be distinguished by the lack of elbowed antennae, and the body is not constricted between the abdomen and thorax.  These termites serve a valuable ecological function in nature, as they help break down dead wood like fallen branches and tree stumps back into soil.  However, they can cause considerable structural damage to buildings if infestations are left unchecked. In California, three types of termites are present: dampwood, drywood and subterranean.

After the first fall rains, usually in October, subterranean termites will swarm from their nests to find mates and establish new nesting sites. After they land, their wings drop off, which can be seen in abundance after the swarms have dissipated.

Most subterranean termites live outdoors – near fallen logs, tree stumps and other dead wood. They require a moist environment, and nest within the soil. When subterranean termites colonize inside a house or other structure, they can cause considerable damage. Signs of termite damage, such as tunneling or darkening of the wood or seeing live soldiers or workers, warrant an inspection by a structural pest control company. Effective liquid insecticides and baits are only available to licensed professionals. Homeowners should not undertake management of subterranean termite infestations on their own.

If a subterranean termite infestation is suspected, either from finding termites, droppings, or damaged wood, it is best to have a structural pest control professional conduct an inspection to determine the extent of the problem.   Subterranean termites can be controlled with baits and professional-use insecticides.  Sometimes, highly damaged lumber must be replaced.  Following a termite invasion, it is best to have the building inspected every.

Learn more about termite infestations, treatment, and prevention on the EPA's website. 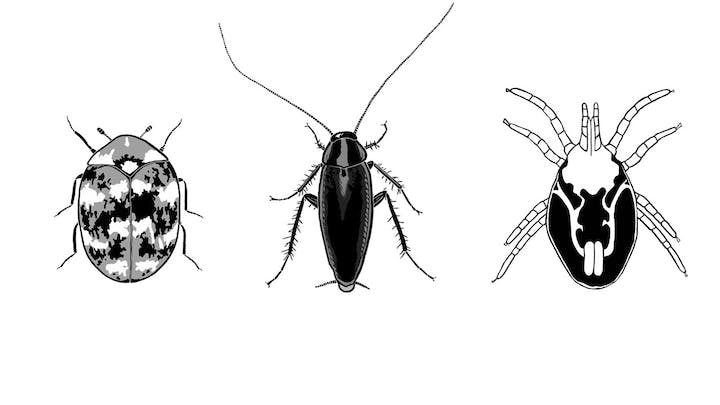 Is something bugging you? District entomologists can help identify insects and provide information on whether the insect is harmful and how to control it. Samples can be submitted in the following…