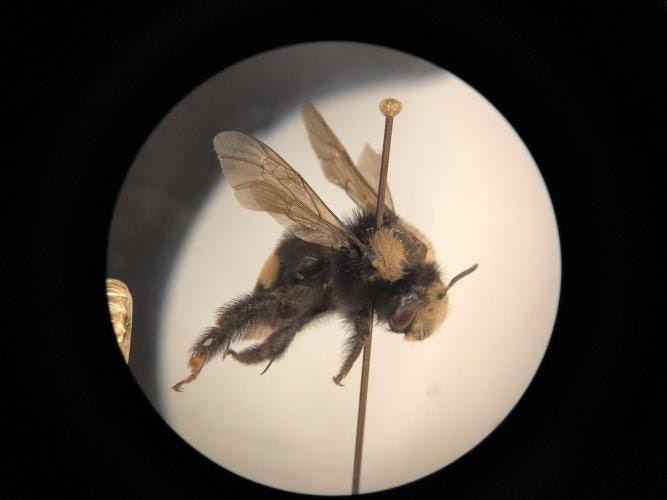 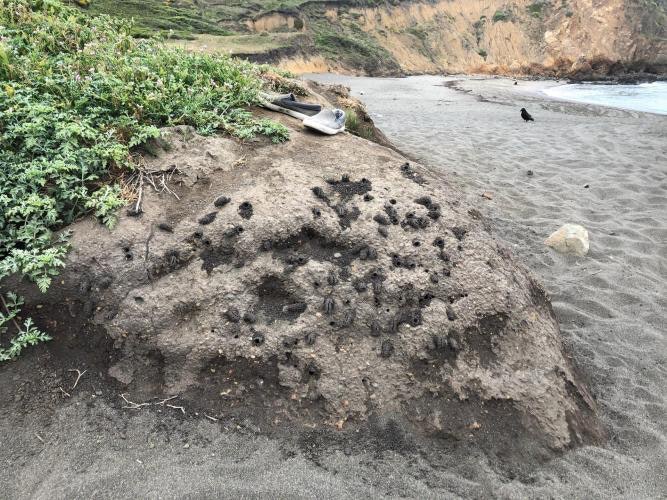 Beaches are popular among San Mateo County residents this summer, including our local bees. One June, District staff responded to a request to identify bees nesting on a beach in Pacifica that were flying in and out of small holes in the sand.

The bees were Anthophora bomboides stanfordiana, a bumble bee mimic known as the Stanford bumble-bee digger. The fuzzy digger bees are solitary, not social like the bumble bees they resemble, and dig tunnels to nest in in sand or along coastal bluffs. They rarely sting and are not aggressive but their appearance can fool predators who prefer to avoid a colony of bumble bees defending their nest.

Stanford bumble-bee diggers are beneficial insects that pollinate and feed on nectar from wild flowers, such as wild radish and lupine. They are most active in summer months. The subspecies name stanfordiana comes from the collection of specimens from the Stanford University campus in 1904.

Native bees, such as this digger bee, are threatened by the loss of habitat, both from land development and single crop agricultural fields which reduce their floral food sources. These bees have an important role as pollinators of some plants that are not as effectively pollinated by more common insects like honeybees. The loss of native pollinators, including digger bees, can lead to the decline of those flowers and unique ecosystems. If you see these nest-holes on the beach, be sure not to trample them!